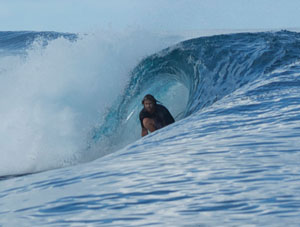 Thanks Frank for the great trip!! I had the best time ever on your boat. Even though the swell was dropping we still had fun as waves everyday! It would be insane to get swell coz the captain and surf guide are on to it! Food was unbelievable too! I have never had that kind of service in my life, the crew do everything for u! Beds were also really comfortable. I can’t wait to jump on it again and get some more barrels at Bankvaults. oooweeee. 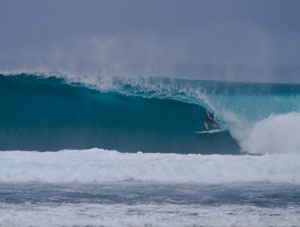 Thanks to Ben and the crew on the Naga Laut for a fantastic surf trip. Scored pumping waves every day – often with no other boats around. Great boat, great crew, great waves. Oh and great food as well!

I’d done a lot of travelling around the world, but had never experienced the ‘golden ticket’ through the Mentawaii Islands. I was lucky enough to get the chance to explore this surfing mecca with a group of close mates on the Naga Luat. It was by far the best surf trip we’d ever done thanks to the awesome crew and services of the boys on the Naga Laut. We scored pumping waves, got fed like kings and chauffeured around the beautiful islands to whichever waves were pumping on the day. We scored all the waves you think about when you dream of Indo perfection (Rifles, HT’s and Macaronis to name a few) which is a tick off my bucket list. The crew on the Naga Laut was all part of the group, having a laugh, sharing stories and looking after us like we were their own. Didit the surf guide always knew where to go and ensured that we were either getting barrelled or eating. The food was brilliant, getting two breakfasts between early morning surfs, fresh fish or poultry for lunch and the dinners were insane helping us refuel for the next morning. The time spent on the boat was always entertaining, you could chill in your cabin, watch a movie in the lounge or simply sit on the top deck enjoying a cold Binny overlooking the sunset. The trip was cheap compared to other boats, and is definitely the best way to surf the Ments without being landlocked. Thanks to Ben and the entire crew for a surf trip that I will never forget, see you next season!